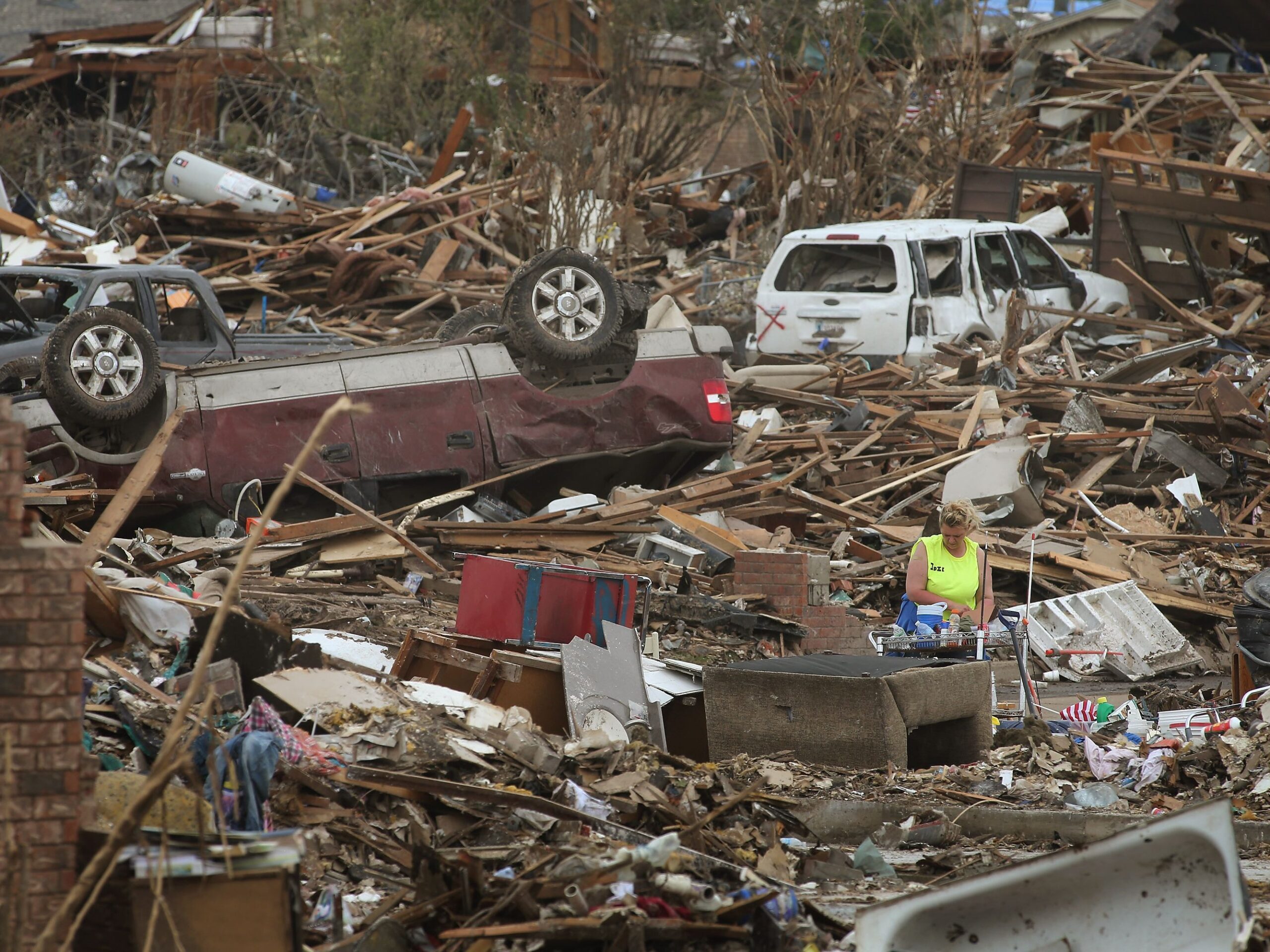 Disaster: A serious disruption of the functioning of a community or a society causing widespread human, material, economic or environmental losses which exceed the ability of the affected community or society to cope using its own resources.

A disaster is a function of the risk process. It results from the combination of hazards, conditions of vulnerability and insufficient capacity or measures to reduce the potential negative consequences of risk.

Disaster and hazards are almost identical though all the hazards are not disaster. A hazard becomes disaster to an individual or group or community when that at risk individual, group or community failed to cope with the adverse consequences of the said hazard by using their own resources and they needs extraneous help to overcome it. So, one incidence may occur as hazard to one but disaster to another since the vulnerability and capacity differs from person to person. However, we can classify the types of disasters as the types of hazards are classified. Here is some Example:

Any natural catastrophe: hurricane, tornado, storm, flood, high water, wind-driven water, tidal wave, tsunami, earthquake, volcanic eruption, landslide, mudslide, snowstorm, or drought, any fire, flood in any part of a country, which in the determination of the head of states/country causes damage of sufficient severity.

Disasters occur when a hazard strikes a vulnerable community whose capacity is limited. Disasters may decrease in frequency and severity as capacities are increased. Disaster = (Hazard x Vulnerability)/ Capacity

The different types of disasters and their impact on the affected areas can broadly be summarized as in the accompanying Table below.

Cyclone “SIDR” was one of the 10 strongest cyclones to hit Bangladesh between 1876 and 2007. “SIDR” developed in the Bay of Bengal in early November 2007. It further intensified into a category 4 storm system (on the Saffir-Simpson Scale) with peak sustained winds of up to 215 km/h (135 mp/h) (peaking at 260 km/hour). The cyclone made landfall in Bangladesh in the evening of November 15, 2007. SIDR and its surge resulted in thousands of deaths and massive destruction of coastal communities.

9 November 2007- An air mass disturbance with weak low-level circulation begun developing in the central Bay of Bengal, southeast of the Andaman Islands, in close proximity to the Nicobar Islands.

November 2007- The anomalous weather system was still somewhat south of the Andaman Islands. A better defined cyclonic circulation developed when the vertical shear begun decreasing. Based on that development, a “Tropical Cyclone Formation Alert” was issued for the region. Later that day, when winds reached 65 km/h (40 mph), the India Meteorological Department (IMD) designated the system as a Tropical Depression. Still later on November 11, the system intensified as it moved slowly in a north-westward direction. The Joint Typhoon Warning Center (JTWC) upgraded it to the designation of Tropical Cyclone.

12 November 2007 – As the system further intensified, the India Meteorological Department (IMD) further upgraded the weather system to a ” severe cyclonic storm” and named it “SIDR”.

15 November 2007- By the morning of 15 November 2007, Cyclone “SIDR” had moved considerably northward towards India’s eastern border with Bangladesh. It had strengthened to reach Category-4 tropical cyclone status, with peak sustained winds of 215 km/h (135 mp/h). According to the JTWC, Joint Typhoon Warning Center (Pearl Harbor, Hawaii). best track, “SIDR” subsequently reached peak wind velocities of up to 260 km/h. Later that day, it appeared that the cyclone’s brunt of force would be felt by the less populated areas known as “Sundarbans”, the mangrove forest that stretches along the western third of Bangladesh’s coast – a world heritage site that is home to the rare Royal Bengal Tigers. However, this did not happen. Around 1700 GMT that day, with still sustained winds of 215 km/h (135 mph), SIDR made direct landfall in the district of Bagerhat, a highly-populated area of Bangladesh. A catastrophic surge flooded the area and caused most of the deaths and the damage.

Bangladesh is a country that is almost entirely situated on an enormous delta that has been formed by the flowing together of Ganges, Brahmaputra, and Meghna rivers and their tributaries. This extensive river system is constantly fed by waters of melting snow from the Himalayan Mountains. Thus, the entire country is mostly flat and extremely vulnerable to flooding. Cyclone “SIDR” generated maximum flooding. The cities of Patuakhali, Barguna and Jhalokati District were hit hard by the storm surge that was over 5 meters (16 ft) In height. Fortunately, the cyclone made landfall when the tide was low, so the surge was not as high as it could have been.

Most of the cyclones that have made landfall in Bangladesh in the past have caused thousands of deaths.

“SIDR” was no exception. According to official accounts 3,447 people lost their lives. However this is believed to be inaccurate. The actual death toll may never be known with certainty. It is estimated that perhaps up to 10,000 people actually lost their lives, with thousands more injured, or missing. Thousands more were displaced and became homeless.

The damage in Bangladesh was extensive. About a quarter of the World Heritage Site “Sunderbans” was damaged. The entire cities of Patuakhali, Barguna and the Jhalokati District were hit hard by the cyclone’s surge of over 5 meters (16 ft). There was extensive flood damage at Barisal and at Baniashanta, across from the port city, Mongla, as the cyclone’s surge rolled in. In the town of Mothbaria, one of the towns in the very center of the devastation, there was hardly anything left standing, except of a few brick and concrete buildings. Houses and and schools were demolished. The storm’s surge washed away all roads in the region. About 500 fishing boats were unaccountable and over 3,000 fishermen were reported missing.

Much of the capital city of Dhaka was also severely affected due to the winds and the flooding which affected the city’s infrastructures. Electricity and water service were cut.

The agricultural industry of Bangladesh was devastated by the flooding which covered about1 million hectares of farmable land. In brief, “SIDR” affected about 2 million families comprising about 9 million people. More than 1.5 million homes were destroyed.

There was advance knowledge that cyclone SIDR would make landfall on Bangladesh. The warning was disseminated by emergency response authorities in Bangladesh, prompting massive evacuations of the low-lying coastal areas. A total of 2 million people were evacuated to emergency shelters and that probably contributed to the lower death toll. However, in spite of the warning, thousands of people were stranded on tiny little islands dotting the coastline, with no place to go because of the flatness of the land and its low elevation above sea level. There was simply no higher ground or shelters on stilts to evacuate to. Overall, the early warning system, preparedness and massive evacuations, resulted in a much lower death toll than that caused by the 1991 cyclone. However, property damage was as severe or even worse that that caused in 1991.