What are fossil fuels?

Fossil fuels are oil, gas, and coal which are non-renewable resources formed by prehistoric plants and animals that died and were buried by the temperature and pressure layer by layer in the sedimentary rocks. Fossil fuels are all the natural gases, coal, and all types of oil found underground which had been formed by natural processes, like diagenesis.

How are fossil fuels formed?

Fossil fuels are formed in a natural process. When plants and animal zooplankton and phyton, died, it faces some natural degradation process caused by the temperature and pressure. Even microorganisms present in sedimentary rock play a role to degrade plants and animals to decompose gradually over the years and turns into oil, coal, and natural gases. The type of Fossil fuels formed depends on the type of source rock and source materials that are degraded. An example is; if the plants died and temperature and pressure act on them to decompose over the years, they terns into coal. Whereas if the animal or the microorganism in the rocks decomposes by the action of the temperature and pressure it turns into an oil as we called it fossil fuel as a petroleum. 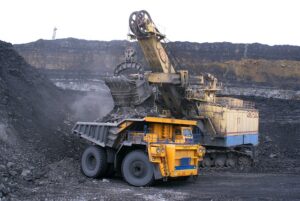 You know that plants have much fiber in the leaf and tree trunk, hence if it starts to decompose by the microorganism present in the soil or sedimentary rock then certainly after the decomposition it will be a much fiber-rich material. Hence plants initially formed as peat, a type of coal, then with more temperature and pressure it turns into bituminous and then finally more temperature and pressure made it Anthracite. The formation of gas and oil is the same route, but at certain stages, it follows the route from the gas and oil. Fossil fuels such as natural gas and oil are formed by the microorganisms present in the soil in the ocean there are huge phytoplankton and zooplankton if this phytoplantona and zooplantton starts to die they deposited in the ocean floor and after the decomposition by some organic activity it burried in the ocean floor and then over the years it face temparature  and pressure and then  turns into oil or gas. 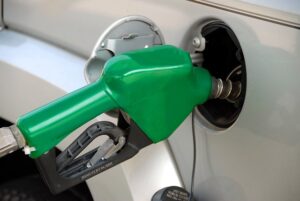 The example of fossil fuel are any natural gas like, Methane (CH4), Ethane, Propane, Butane etc. The example of fossil fuels for coal are Peat, Bitumen, Anthacite, etc. The classification of coal are based on the amount carbon present in the coal. The more good amount carbon, the more good quality of coal. The grading is Peat< Bitumin< Anthracite.  The carbon content increases over time due to the increased diagenetic effect by high temperature and pressure. The temparature and pressure are increased with the dept of burrial bellow the surface with a rate of 10 degree celcious per kilometer.

The classification of oil also follow the same mechanism, like, coal, the more time and degradation takes the more pure petroleum. At the initial stages, it was a raw petroleum, after the withdrawl from the oil field, we need to purify it. The more short-chain Cabon the better quality of oil or Petroleum. Like Kerosin<Dissel<Petrol< Octane, based on the amount of long chain hydrocarbon or short chain hydrocarbon. The composition of petroleum is the hydrogen and carbon but some other element may present in the content. The more short chain hydrocarbon the better quality of Petroleum, like Octane is better than Kerosin in response to the combustion. Because the Kerosin has higher number of  long chain n-alkane than the Octane composed of hydrogen and carbon compound.