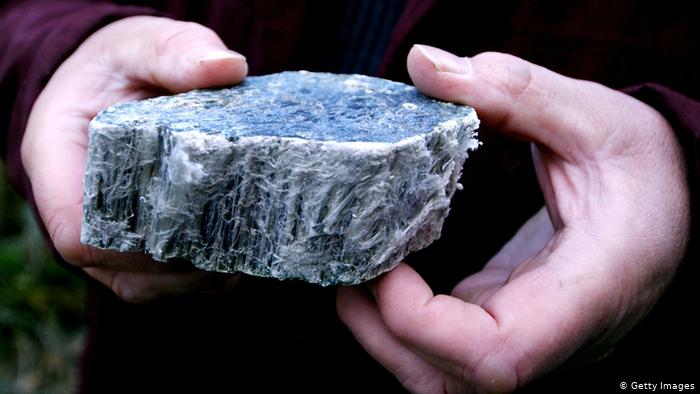 Since my interest has been focused on the 48-year-old Pierre Trudeau, who burst onto the Canadian political scene in 1968, the year I immigrated to Canada and became the president of the Liberal Party, I had never looked into the issue of asbestos as work-related or industrial pollution in Canada until today. So, I was surprised when I saw in an upcoming CBC documentary that open-pit mining of asbestos is still being done on a large scale in Quebec and a large amount of it is being exported to India. The regulatory situation in Japan is much better than in Canada. It is well acknowledged that it is a carcinogen and the companies have lied in the past about the harmlessness of asbestos to workers; it has also been revealed that one-third of the 1,097 deaths in industrial accidents in 2005 were due to asbestos disease. However, the Canadian government remains adamant in its basic stance that it can be avoided if it is handled with care. Asbestos is removed from existing buildings in the same way as in Japan, and a large national budget was used to remove it from the Parliament building. However, on the other hand, there is no law against the use of asbestos in children’s toys. Various groups in Canada are campaigning for a ban on the export of it to developing countries, but the Harper government has not taken any action. However, in India and Indonesia, where asbestos is exported, there is little awareness of the dangers of it, and both workers and the general public are exposed to it by breathing it in and exposing their skin to it. However, in India and Indonesia, where asbestos is exported, there is little awareness of the dangers. What is the difference between exporting land mines and exporting asbestos? Some Canadians blamed their country. Canada exports to developing countries will eventually kill as many, if not more, people as land mines. The U.S. has not yet ratified the Mine Ban Treaty, but Canada has taken the initiative.