Professor Dr. Syed Sakhawat Husain started his journey with a new identity (retirement) in a city where he spent 54 years, the university called Bangladesh Agricultural University. He was admitted to this institution in 1967. After that, he participated in all the movements and struggles, especially the liberation war of 1971, and made the motherland free and independent from the control of the Pakistani invaders. Professor Dr. Syed Sakhawat Husain completed his MSc in 1975 and joined as a lecturer on November 8 at the same university. He retired in 2020 after working in a city for 46 years. During this long period, there were opportunities to work at all levels of the university. There was an opportunity to properly contribute to the construction and later renovation of all buildings based on the ideology of liberation war, including updating almost all ordinances of the university, creating new ordinances, and formulating administrative and academic policies. 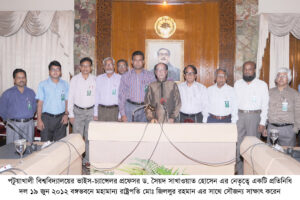 In other words, He says, I always feel blessed to have the opportunity to directly contribute to the development of the university. During the entire period, he has worked continuously in the reformation of BAU except for pursuing higher education and working as VC for four years in Patuakhali Science and Technology Unversity (PSTU). He has never been involved in any outside work or consultancy for a single day. I was directly involved in the establishment of Muktijoddha Smriti Vidyalaya at Bakribi Chattar with the great aim of keeping the true history of the Liberation War alive in the minds of young children including those involved in the Bakribi construction. Besides, the construction of all liberation war-based facilities of Agricultural University College located in Bakribi Chatter, the creation of involvement of all digital ways in education within the reach of students, and above all new horizons in the creation of educational talent was coordinated. So he has spent 54 years uninterruptedly.  There is no alternative to the desire to revisit the Bakribi campus again and again as he recently visited. 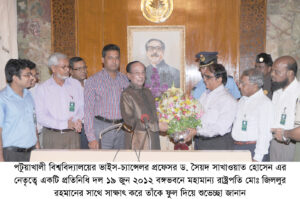 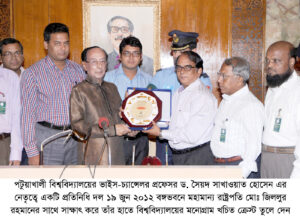 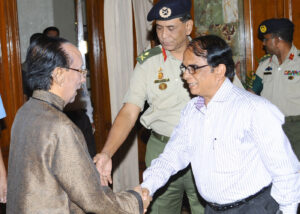 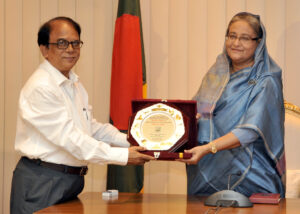 Professor Dr. Syed Sakhawat Husain is recenly returned to Bangladesh from Canada for the well being of the country. The people of Bangadesh are looking forword to contribute to the country after his retirement. He has huge potentiality to do better especially in the education sector and his own disciplene.

We hope Professor Hussain can contribute to rebuilt the nation again as we have seen his dynamic leadership and patriatism for our country.  If We recall the memory of sweet time at PSTU as a Vice Chanchelor of the University

He organized the university nicely and all the teacher and admistrative officer are happy to work under his leadership. We all the PSTU memeber never forget his sweet time. We hope Professor Hussain can be a top of the UGC.