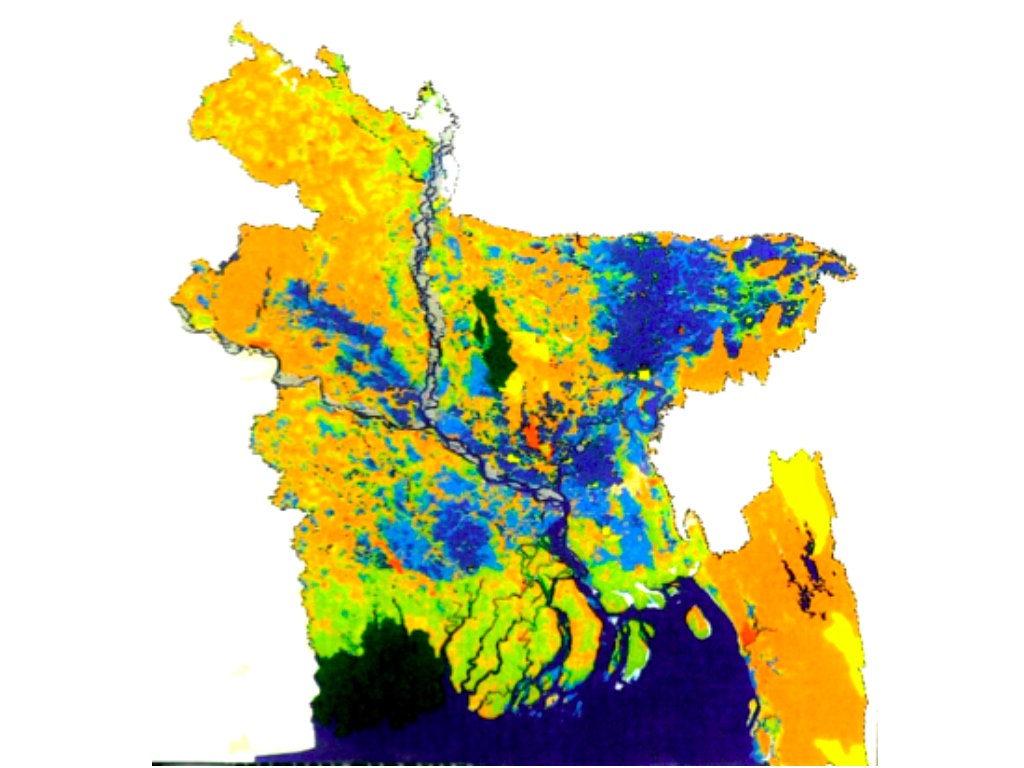 Definition of Vulnerability: A set of conditions and processes resulting from physical, social, economic, and environmental factors, which increase the susceptibility of a community to the impact of hazards. Positive factors that increase the ability of people and the society they live in to cope effectively with hazards and can reduce their susceptibility are often designated as capacities.

Some common vulnerability in Bangladesh

Vulnerability Mapping is the mapping of a specific area based on some major indicators related to hazard, risk, threat, vulnerability, Disaster, and other related elements of that area. It focuses on identifying the vulnerable area and group by the community itself.

The main objective of vulnerability mapping is identifying the vulnerable areas, types of disaster, effects of the disaster, and what is the capacity of the community. The detailed objectives are:

Vulnerability Mapping can be developed at different level such as para, ward, union and upazilla. At the very outset, the vulnerability mapping can be developed at para level identifying the pockets within the para area. Then, based on the para map and information, the map will be finalized at ward level, union level and upazila level. The detail of the steps is as follows.

With the view to identify the vulnerable area/ pocket in the respective para, according to existing situation analysis, a mass gathering within the area will be organized at the very outset. The community from all walks of life joined the gathering. Transect walk, Water source mapping, Experience sharing and discussion are the methods in developing the water resource map. After completing the transect walk, the community developed the area map and identified the household, infrastructure, water points and latrines etc. Accordingly, analyzing the important indicators of wealth ranking, the households will be classified into Rich, Middle Class, Poor and Hardcore Poor. Then, the households will be marked with the status of wealth ranking. Afterward, the issue of disaster will be introduced to the community in detail. The community also will be shared the experience about disaster in the area. They highlight the vulnerable situation within the area, Water supply and sanitation situation during and after disaster, affected zones of the area in detail. They, accordingly, will be identified the areas of the para which were mostly affected by disaster. They also will be identified the groups who had the capability to fight against disaster and its damage. The community, then, based on the Water supply and sanitation situation, affect of disaster and capability of the household assessed the vulnerability and will be categorized the total area into different groups as most vulnerable, moderately vulnerable and less vulnerable. And, later, they will make the areas in the map with different color to reflect the vulnerability.

There are two critical dry periods in Bangladesh.

(1) kharif – droughts in the period June/July to October result from dry conditions in the highland areas especially in the Barind Tract. Shortage of rainfall affects the critical reproductive stages of transplanted aman rice, reducing its yield, particularly in those areas with low soil capacity to hold moisture. This drought also affects the fishery and other household level activities.

(2) Rabi and pre-kharif – droughts in the period January to May, due to: i) the cumulative effect of dry days; ii) higher temperatures during pre-kharif (>40C in March/May); and iii) low soil moisture availability. This drought affects all the rabi crops, such as boro, wheat, pulses and potatoes, and pre-kharif crops such as aus, especially where irrigation possibilities are limited. (Karim, et al., 1990).