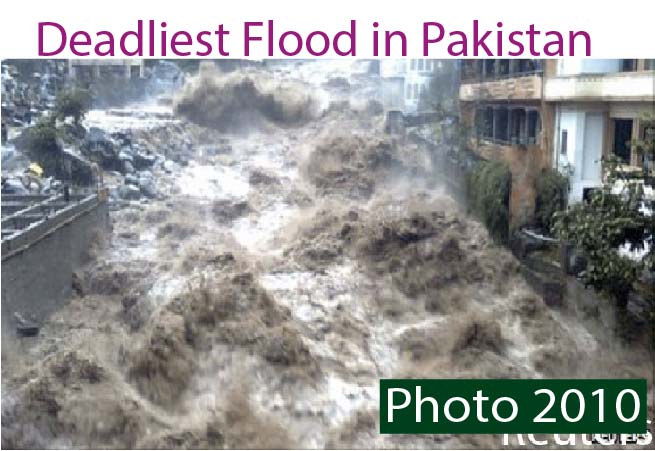 A thunderstorm is a monotonous event in Pakistan during the rainy season but In July 2010, the power of thunderstorms increased vastly in the mountainous zone of Azad Kashmir and KPK which caused a flash flood in the upriver area. Due to incredible runoff, prolonged streams of monsoon were generated, triggering destructive and Deadliest Flood in Pakistan that spread all over the country. All backwaters of Pakistan, exclusively cities, towns, and villages sideways River Kabul, River Indus, and River Swat suffered unbelievable devastations. In July 2010 flood in Pakistan highlighted the magnitude of the catastrophe in the world.

According to the FAO agricultural assessment report the floods caused damages of unprecedented scale to agriculture crops, livestock, fisheries and forestry and destroyed primary infrastructure such as tube wells, water channels household storages, houses, animals sheds, personal seed stocks, fertilizers and agricultural machinery. It is estimated that over 2 million hectares of standing crops were either lost or damaged, over 1.2 million head of livestock (excluding poultry) died due to the flood. Between 60 and 88 percent of the farming households reported losses of more than 50 percent of their major crops: rice, vegetables, cotton, sugar and fodder. These households were mostly located in Punjab and Sindh.

Power sector infrastructures severely damaged in the flood affected areas. Major damages recorded in province of KPK. Hydro power plants of Jagran (30 MW) and Malakand-III (81MW) were flooded. Power houses of about 2000 MW including KAPCO plant and Muzaffargarh plant were partially shutdown due to expected flood hits and unavailability of fuel as road and railway infrastructure was severely damaged.

The prevailing hydrological cycle in the country is composed of two components which provide water through snow and rainfall. During the hot months of summer, sometimes the snow sheet is capable to generate more than 1,00,000 cusecs runoff only for 10C rise in temperature in the snow covered areas of Skardu. The other component of hydrological cycle, rainfall has two prominent spells in Pakistan, one during monsoon and the other winter rains mostly controlled by western winds. During July 2010 the major storage reservoirs, Tarbela & Mangla were already on rising leg when the prolonged monsoon started in the last week of July.

The destructive floods of 2010 in Pakistan are predominantly caused by the effects of prolonged monsoon rainfalls. The hazards caused by these floods are enormously increased due to large scale construction and blockage of the river’s regimes. The role of big reservoirs in controlling and regulating floods, such as Tarbela Dam reservoir is ended due to loss of their storage capacity. Flood hazards zonation mapping should be carried out in the light of the flood route of year 2010 and all type of settlements and construction should be stopped forthwith in the all river regimes. 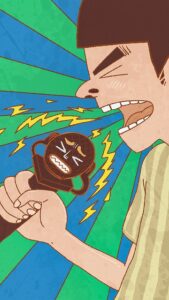 What is sound pollution sources and how to reduce