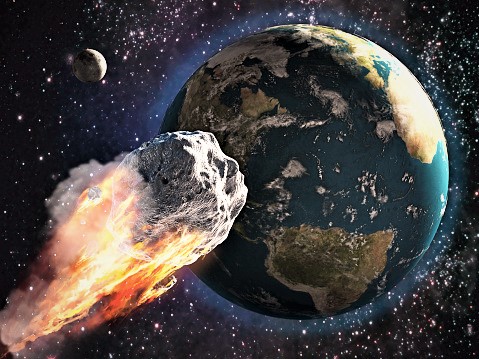 The US space agency (NASA) is recently carried out unprecedented research on a meteorite and the research has shown that this meteorite could make every human being on the planet a millionaire. The study said the meteorite was composed entirely of iron, nickel, and silica. If these present metals are sold, then every person living in the world will get more than 100 billion taka.

NASA’s asteroid is named 18-Psyche. The amount of iron stored in this meteorite that is so costly to about 10,000 quadrillion pounds. That means 15 more zeros will sit behind 10 thousand. Can we imagine?

According to NASA, the meteorite is 228 km wide and NASA has sent a spacecraft to observe the meteorite.  In addition, Indian Times reported that, if all the people of the world could sell this kind of meteorite, each would earn more than 10,000 billion taka. Become a millionaire. The meteorite is currently orbiting between Mars and Jupiter. This meteorite orbits around the sun once in 5 years. Its weight is about 1 percent of the total weight of the moon. NASA says it has no plans to bring the asteroid closer to Earth. However, NASA said that it is planning to test its iron. Recently the outerspace research is vogorously going on. Hence in the near future people can go to the mars. Because Ilan mask already set the plant to visit mars. If the space research is going in the same speed then in the nest 100 years people can live in mars.

The asteroid is one of the celestial bodies that be explored much more in the future. Though there is some limitation traveling to the mars. like the speed of the rocket and the time required to land on Mars. Hence, We are optimistic to live on mars soon and explore more about the asteroids consequently.