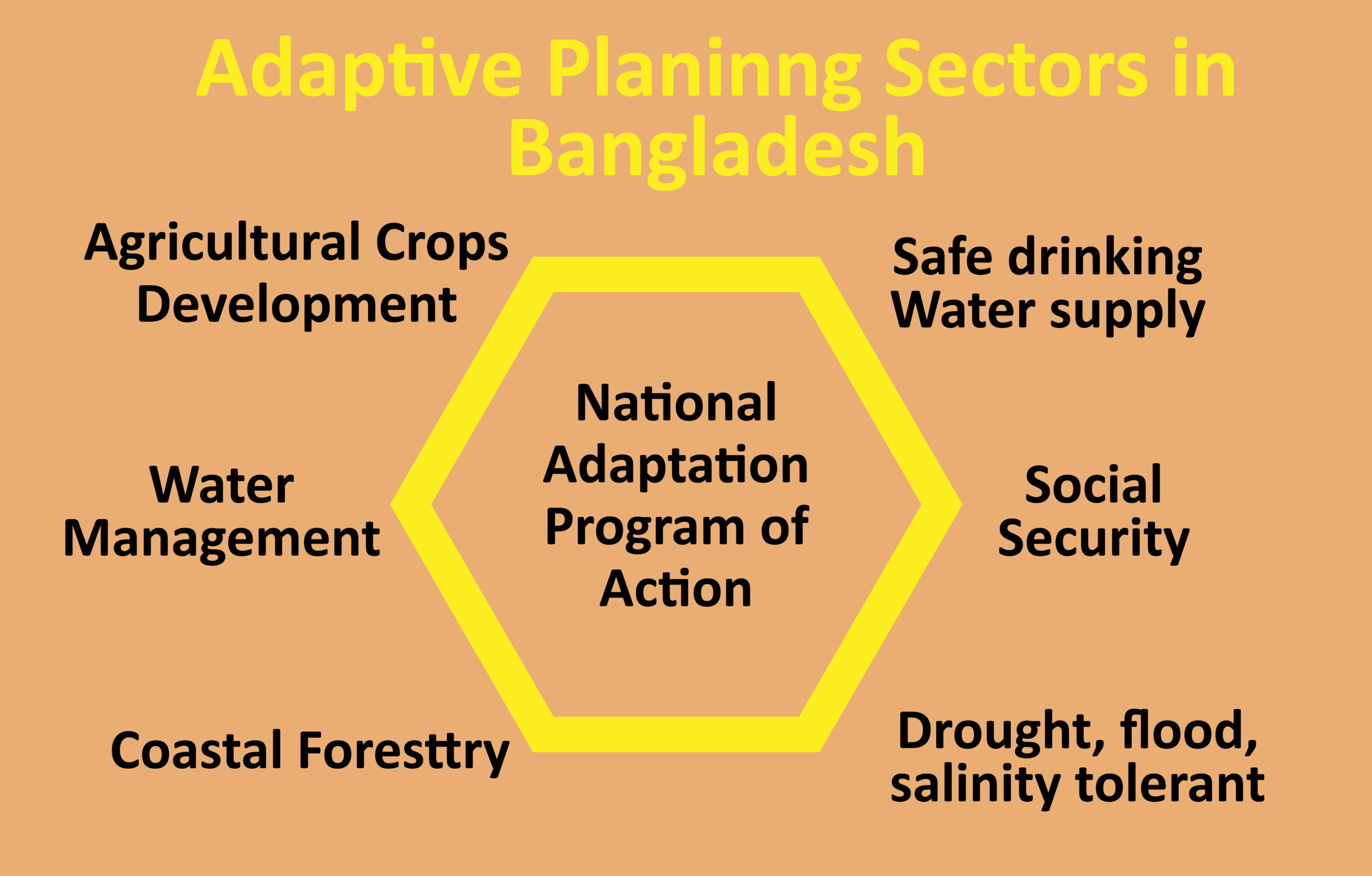 Adaptive planning is a plan that is designed to adapt to the environment through implementation.

The National Adaptation Action Plan, better known as NAPA, was developed to adapt to climate change. In 2005, the Government of Bangladesh adopted this action plan under the program set for adaptation and adaptation to climate change in the light of the decision of the United Nations Convention on Climate Change.

The following areas are proposed in NAPA: